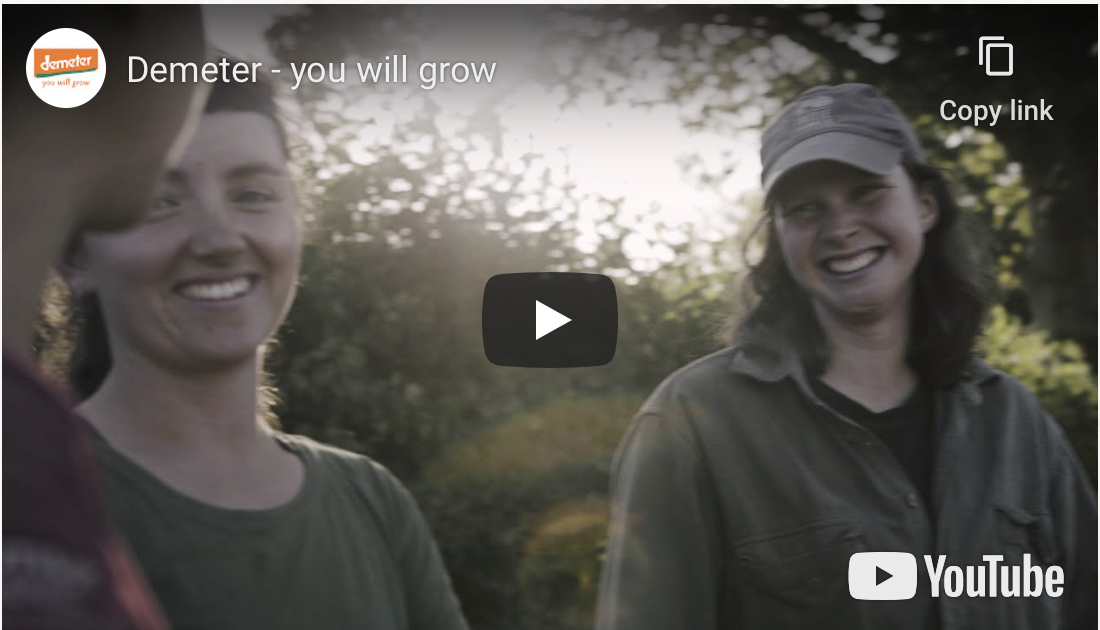 Demeter International is launching a new film campaign which, it says, shows how biodynamic farming can play a role in healing and environmentally and socially stressed world.

The film shows how human development and care for nature are at the heart of biodynamic agriculture, illustrating what Demeter describes as the “responsibility and the courage that are needed every day in agriculture” – qualities, it adds that “are lacking in our current political world”.

In this time of uncertainty with the current pandemic and the deepening climate crisis, agriculture has demonstrated its essential role, but it also attracted criticism, especially around the highly industrialised farming practices that often dominate around the world.

Demeter argus that biodynamic agriculture provides a counter to this criticism, by identifying solutions to the challenges agriculture is facing and paving the way for a sustainable future for both humans and nature.

The new film highlights biodynamic farming’s capacity to strengthen people and nature. Demeter says that its farmers stand for specific principles that they put into practice every day on the fields and the by taking responsibility for the land for which they care, they grow as human beings. At the same time biodynamic approaches enrich nature, support biodiversity and increase soil fertility, bringing soil, plants, animals and humans together into a fertile farming collaboration.

Two of the farmers featured in the film – Rose Bramwell & Gala Baily Barker of Plaw Hatch Farm, a 200-acre biodynamic farm near Sharpthorne in the UK – say they see themselves as “stewards of the farm, creating a rich legacy for future generations to enjoy”. Their role is to ensure that the land remains healthy and rich for the generations to come and to provide added value for the local community of which they are a part.

“When we take responsibility, we are able to shape the world, but this takes courage”,

“When we take responsibility, we are able to shape the world, but this takes courage”, states Christoph Simpfendörfer, General Secretary of the Biodynamic Federation – Demeter International.

Reflecting on the current enormous pressures on the planet and its ecosystems, Clara Behr, head of policy and public relations at Demeter, says the good news is that it is not too late for action and that biodynamic farming is part of the solution. “On one condition, that politicians show the same courage as biodynamic farmers who work every day to enhance nature and the human being.”