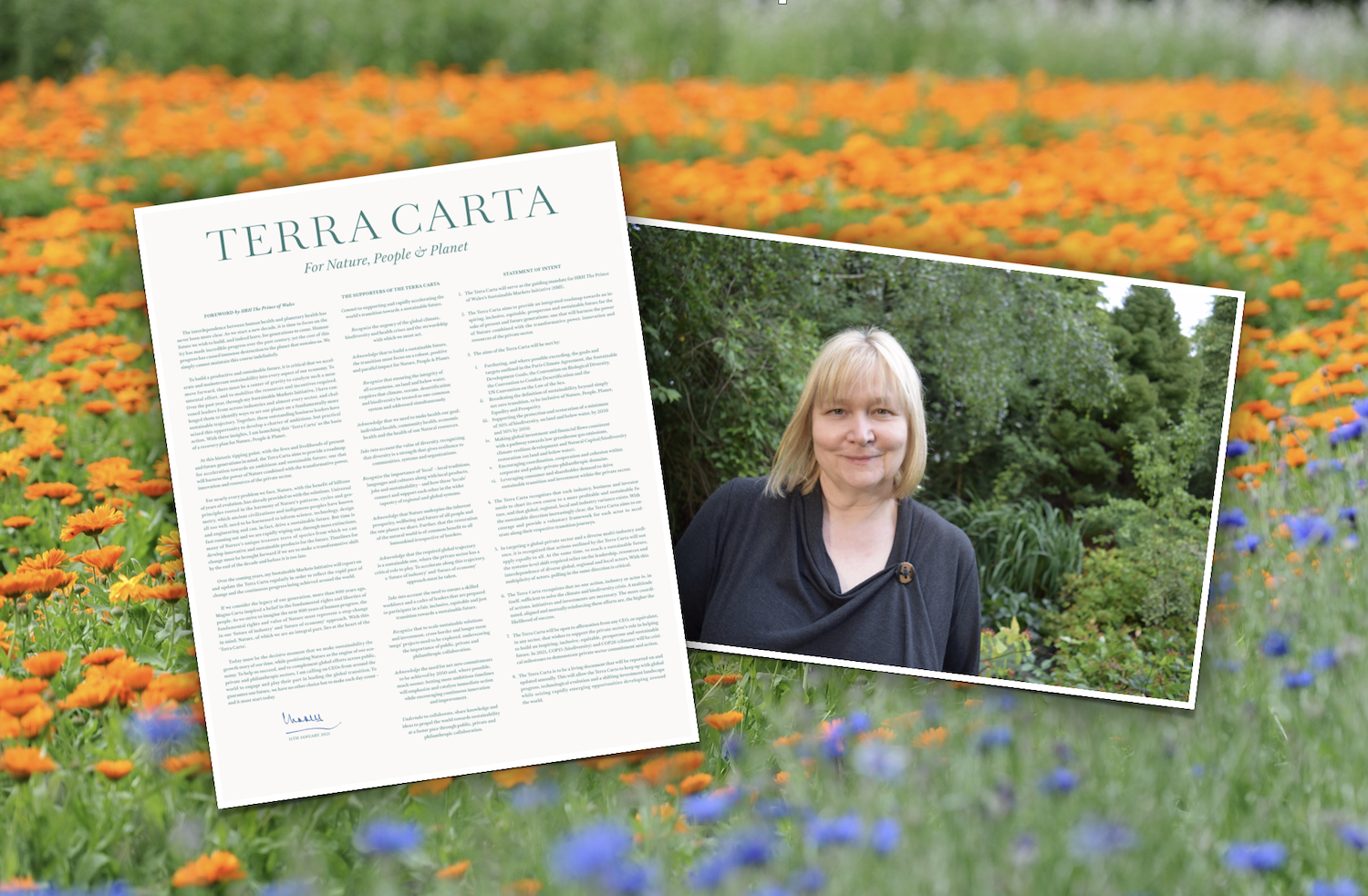 The founder of Viridian Nutrition, Cheryl Thallon, is among the first business leaders to sign Prince Charles’s groundbreaking environmental pledge, the ‘Terra Carta’.

The Terra Carta, unveiled earlier this month by the Prince at the One Planet Summit in France, sets out a recovery plan to 2030 that puts sustainability at the heart of the private sector.

Power to transform
The Terrra Carta sets out 100 broad actions for businesses to adopt across 10 transformative areas, covering the creation of sustainable industries to harnessing nature-based solutions into their portfolios and supply chains.

Viridian says that the environmentalism that has always remained high on Prince’s agenda, runs parallels with the vitamin company’s own ethics. The company believes the health of the planet and the health of the individual are inextricably linked and follows the ethical principle ‘care for others as we care for ourselves’.

Viridian’s ethical philosophy is fused into every aspect of the company from the seed to the recycling bank, from taking responsibility for its packaging and ingredient sourcing. In particular, favouring organic growing to avoid the use of potentially harmful pesticides, herbicides and other chemicals – and having the 100% non-GMO guarantee.

The company has supported the work of environmental charities through its Viridian’s Charity Donation Programme since being founded 21 years ago. It has also been a long-time donator to The Prince’s Trust. As well as being the first vitamin company to be certified palm-oil free, Viridian recently sponsored a young eco-champion on his journey to Borneo to investigate the impact of the palm oil industry. Supporting Prince Charles’s call for rapid action and a unified approach to planetary health, Viridian’s MD and founder Cheryl Thallon is urging fellow leaders in the industry to join Viridian and commit to the intentions of the Terra Carta.

A call to the industry
Commenting on the company’s support for the Terra Carta, Thallon said: “Viridian is a long-time admirer of Prince Charles’s position on addressing sustainability and climate change and his work as a life-long environmentalist. We believe the Terra Carta’s ambitions resonates with Viridian’s ethical principles and philosophy of protecting the health of our planet and safeguarding it for future generations. We are proud to be among the first to join Prince Charles’s dynamic charter.

“However, it is essential we act collectively to make any fundamental difference and urge other colleagues in the industry to pledge their commitment to the Terra Carta.”

The Terra Carta has been designed by Sir Jony Ive, the former chief design officer at Apple.