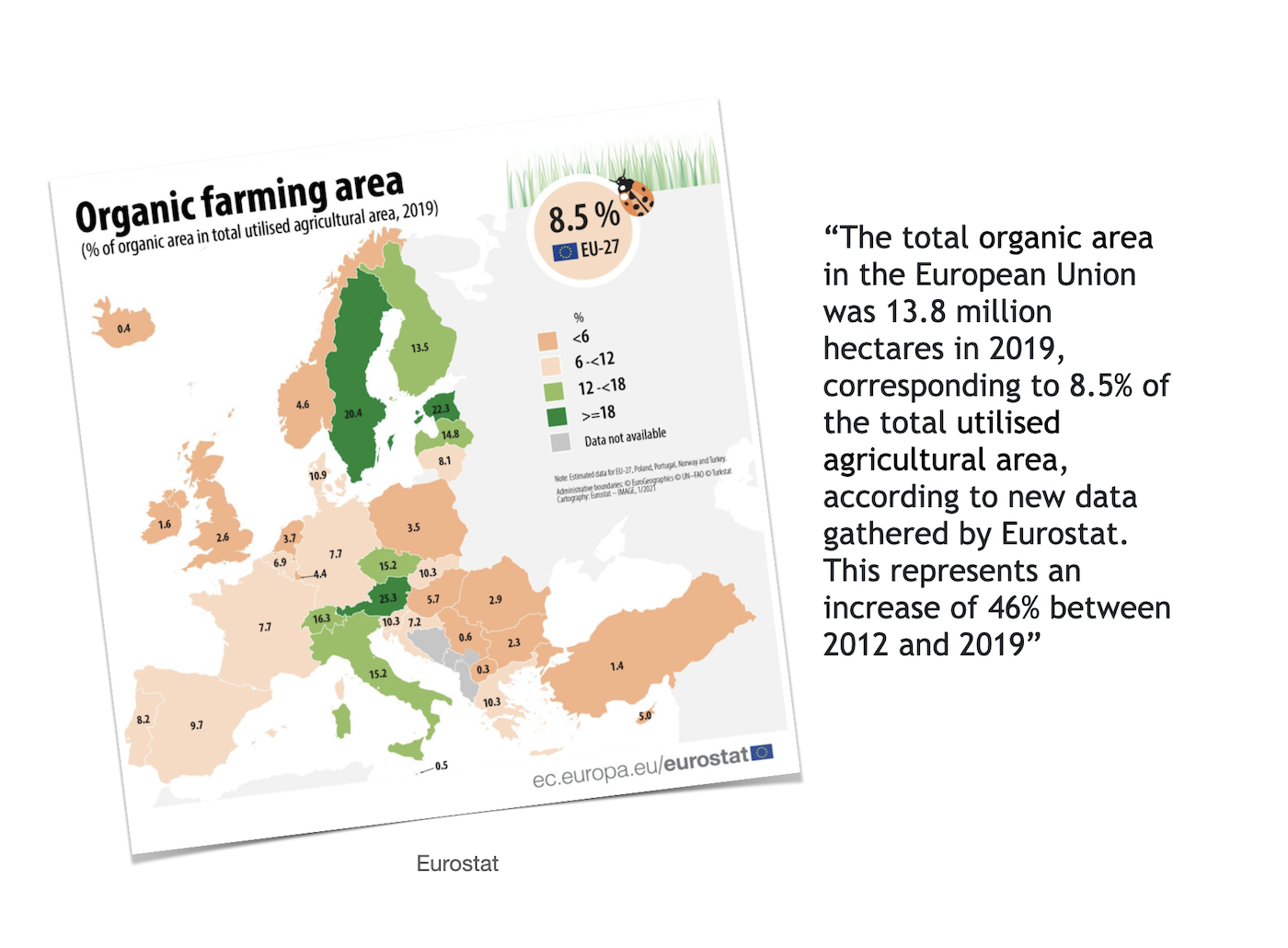 The total organic area in the European Union (EU) was 13.8 million hectares in 2019, corresponding to 8.5% of the total utilised agricultural area, according to new data gathered by Eurostat. This represents an increase of 46% between 2012 and 2019.

But there was only a small increase (0.5%) over the 2018 figure. This suggests that the target of making 25% of EU farm land organic by 2030, announced earlier this year as part of the bloc’s Farm to Fork strategy, is looking ever more challenging.