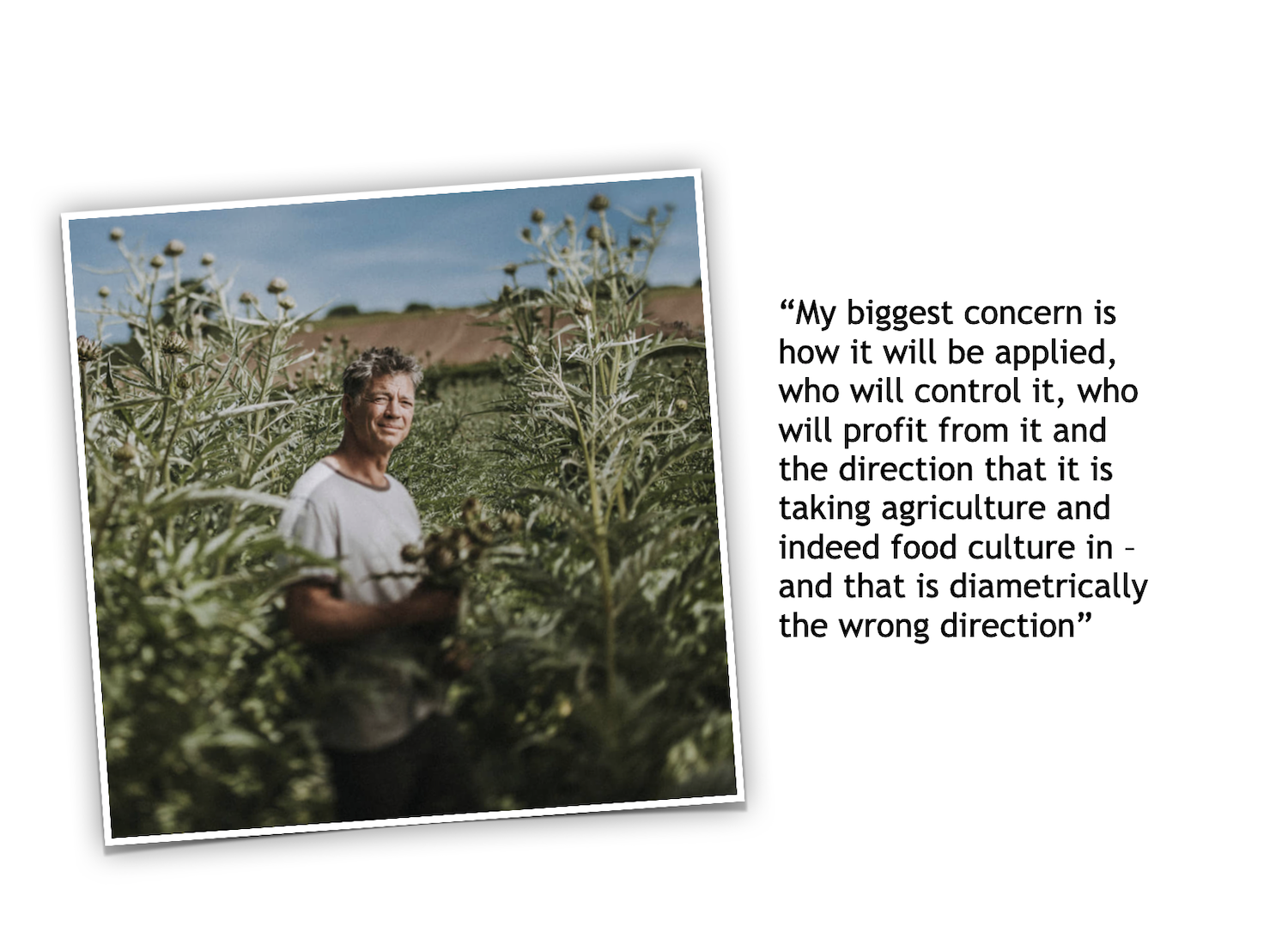 The UK Government’s current consultation on genome editing (GE) is “whitewash for a decision already made”, the founder of Riverford Organic Guy Singh-Watson told the BBC’s Food Programme this week. But the high profile organic pioneer also said he might support GE in very specific situations.

Watson told presenter Dan Saladino: “I don’t really think it is a public consultation. All the signs are that the government has made up its mind about what it wants to do. And what it wants to do is to support our life sciences…and to support them what we need to do is get genome editing through the door by hook or by crook. So I think this is a way to whitewash a decision that has already been made.

Wrong direction
Watson told Saladino that while he viewed the risk of unintended consequences with GE as being smaller than with earlier GM technology, his big concern was “how it will be applied, who will control it, who will profit from it and the direction that it is taking agriculture, and indeed food culture in” – which was, in his view, “in diametrically the wrong direction”.

Watson continued: “I see this technology being used to facilitate a form of intensive industrialised agriculture and mono cropping that is in many ways the cause of so many of the problems that we have today. So my resistance to the actual technology itself is slightly diminished – but my resistance to its impacts are just the same as it was 20 or 25 years ago when I first got involved in this debate.”

But what if the technology were evaluated in future on a strict case by case basis, asked Saladino. How would Watson view a GE fix for a devastating disease like potato blight? He said he would  find it “very difficult to be resistant to a blight resistant potato, whether it was produced by genome editing or even GM”. And he  said that regulation of the technology on a case by case basis might, for some, be an acceptable way forward.

No blanket objection
Watson said that the test with A GE development, as for any technology, is the demonstration that it is in the public interest. He told Saladino: “If you look at medicine, most insulin is produced by GM bacteria. Clearly the benefit this huge and the risks are very small – so yes we should approve it. And I would say that a blight resistant potato would be such an advance in terms of reducing fungicide abuse that I think it should be accepted. I don’t have blanket objection against it (GE), and I’m not a Luddite. And as the organic growing community I think we need to be very careful about being branded as resistant to all change and resistant to technological advances. But I do think that we should be more wary of the unintended consequences.”