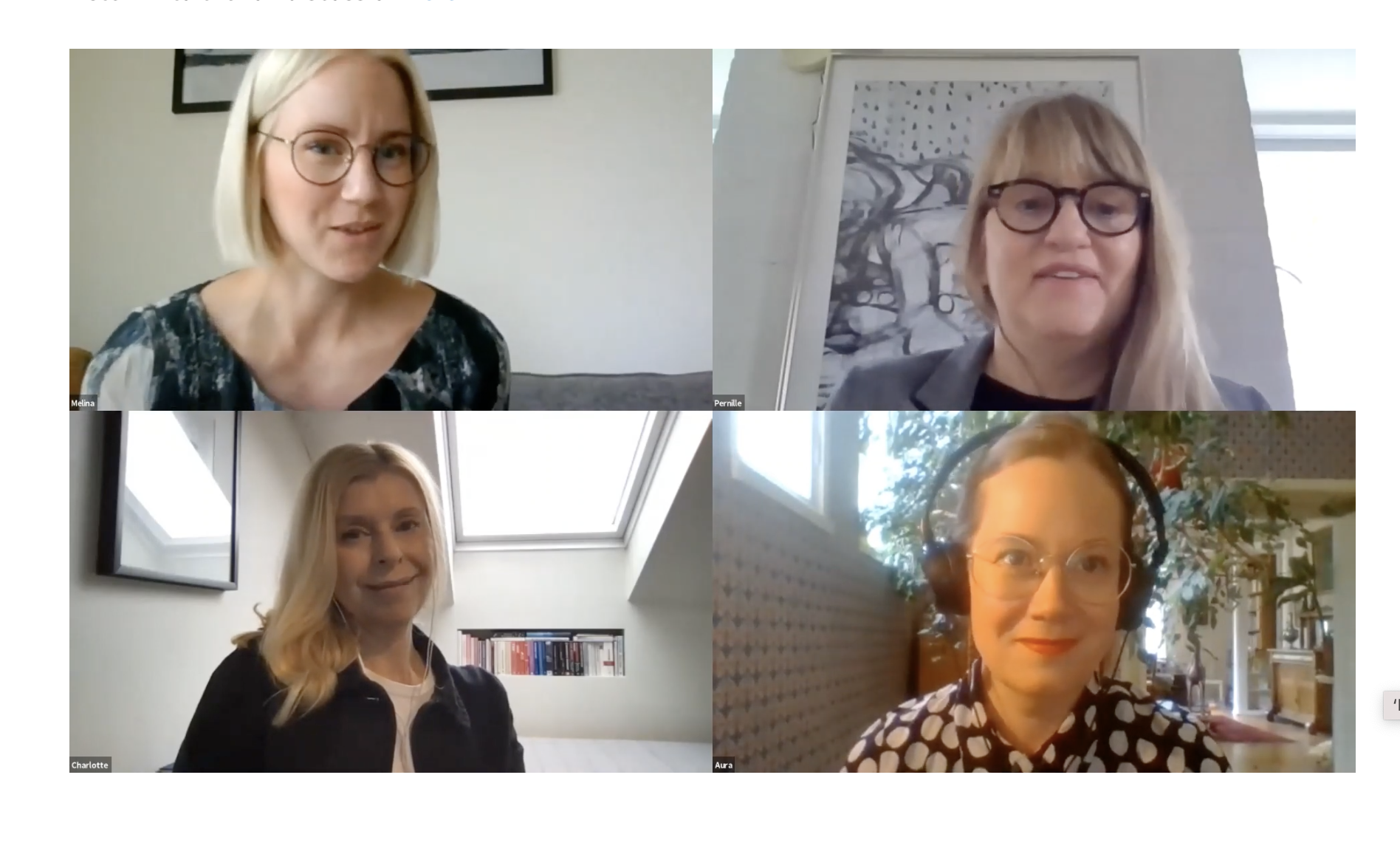 The organic sector will need to take plant-based, local and other value propositions with it, if it is to broaden its supporter base and install itself at the heart of the sustainable food debate.

That was the conclusion reached by three prominent figures from the Nordic organic food and farming scene in a discussion staged this week by the Nordic Organic Food Fair.

Part of the ‘Fika with’ series, and chaired by NOFF’s Melina Viking, the session – with brought together Pernille Bundgård (Organic Denmark), Charlotte Bladh André (Organic Sweden) and Aura Lamminparras (Pro Luomu) – spanned the full width of topical issues, including latest market developments, the impacts of the pandemic, and the challenges of meeting ambitious national and EU organic targets.

“Amazing first quarter”
The discussion kicked off with each of the participants giving upbeat assessments of the state of organic in their respective countries. Pernille Bundgård said that the organic sector in Denmark (which has a world-leading 12.1% share of total food sales) had been “booming throughout the pandemic”, noting too that “the first quarter of 2021 looks amazing too”. Charlotte Bladh André referenced organic’s remarkable 39% share of public kitchen food delivery in Sweden, and its impressive 9% share of total food. Pro Luomu’s Aura Lamminparra said Finland had seen “steady growth in the organic sector in recent years” that had “continued through the pandemic”.

But Bladh André said that organic in Sweden had been facing “stiff competition” during the pandemic from other added values, such as local, Food From Sweden and climate-friendly food. This confirmed earlier reports that Swedish consumers have been switching to other labels as they prioritise climate issues, stalling organic market growth in the country.

“We know that Swedish consumers are prioritising sustainability, so why are they often choosing vegan and local over organic?”, Viking asked the group. Bladh André said it was “easier to think about one question, or proposition, at a time – for example, Food From Sweden, or local food”. Communicating organic, with its multiple sustainability and climate mitigation benefits, was a more complicated task.

One-stop-sustainability-shopping
All the panellists were confident of organic’s relevance to the now dominant discussion about sustainability. Bundgård commented: “Organic doesn’t just deliver on biodiversity, on protection of drinking water and responsible consumption. It also offers one-stop-shopping for a whole range of sustainability goals. And with the controls of certified production, organic farming has international recognition for its contribution to food security. It addresses a lot of the UN Sustainable Development Goals (SDGs), and is part of the solution”.

“Organic doesn’t just deliver on biodiversity, on protection of drinking water and responsible consumption. It also offers one-stop-shopping for a whole range of sustainability goals.”

Bladh André said that, recognising “Sweden was slipping back a little”, the sector had been working to “reinforce that message that organic is part of the solution”. Consumers in Sweden, she added, were “running after the sustainability agenda, but forgetting to take organic with them”.

Pro Luomu’s Lamminparras said that the complexity of climate change was “creating confusion for consumers”, especially in light of some recent research “that suggests organic could be worse for the climate”. She added: “The fact that it is a complex situation with lots of different angles… is another reason for communicating better all of the advantages of organic, including biodiversity and climate aspects”.

Not an either/or decision
Bundgård suggested that consumers should be discouraged from seeing the issue as an either/or one. “While plant-based is an important trend to acknowledge, there is also the big opportunity that exists when you combine organic and plant-based … and the very solid idea that we should be eating more fruit and vegetables and less, but better, meat. It isn’t the case in Denmark that we care less about values such as local. We care just as much as every other country, but my messages (to the local food movement) would be ‘please take organic with you’.”

Bladh André agreed: “We shouldn’t be forced to choose between organic, or plant-based, or local. We should be encouraging more foods that combine all of those values. So as a consumer you can find organic, local plant-based foods on the shelves of your local store. And we need to find ways of communicating better the fact that local organic is the most sustainable food of all because it doesn’t involve the use of imported inputs. So (as new research has suggested) local organic is more local, and more circular.

The discussion, which spanned a range of issues – including organic targets, barriers to entry, organic promotions and stakeholder relations – can be viewed in full here.