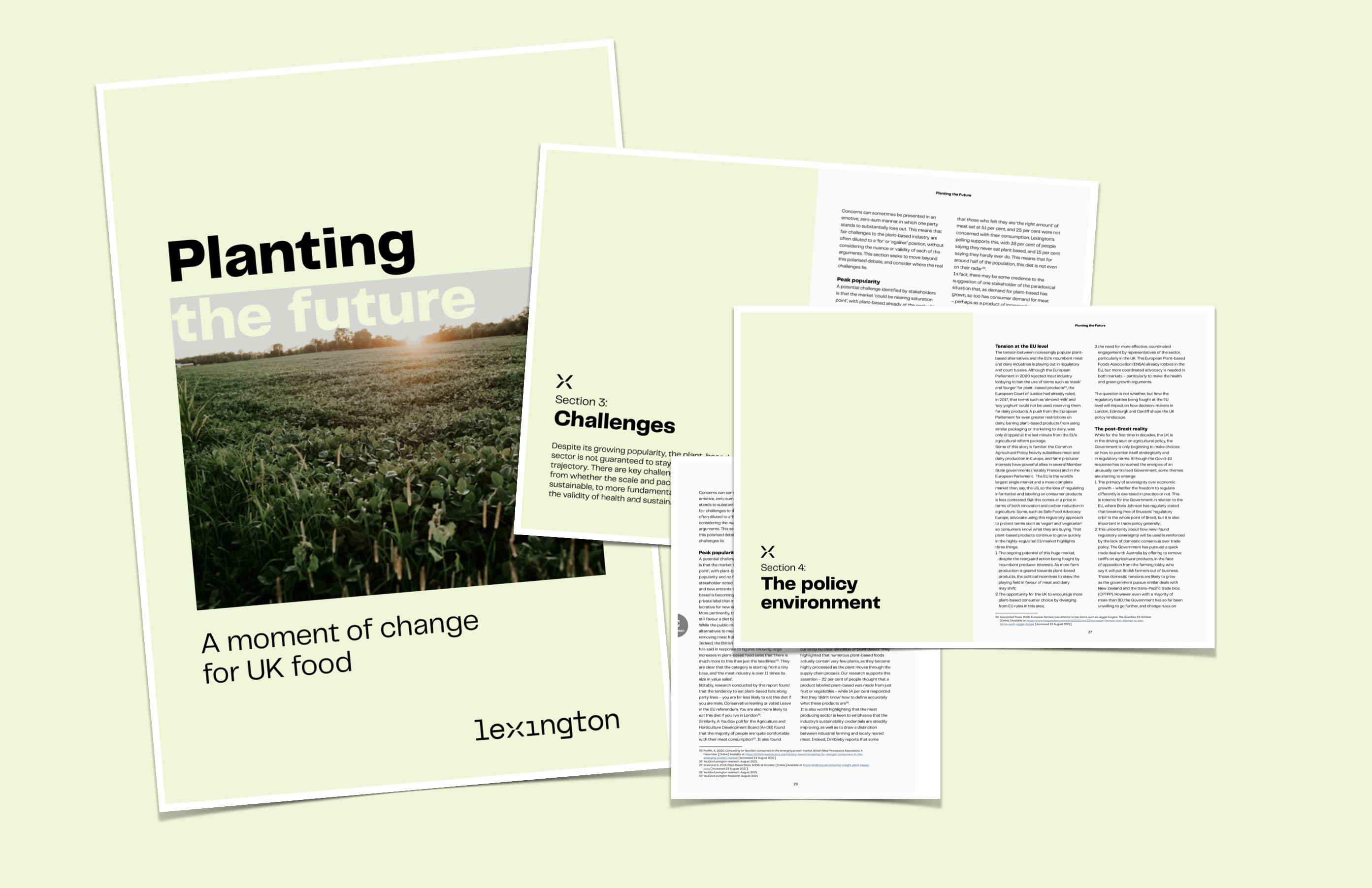 The plant-based food industry could be approaching “peak popularity” as the potential limits of its natural consumer demographic begins to emerge.

That’s one of the central findings of a fascinating new report – Planting the future: A moment of change for UK food – from strategic communications agency Lexington.

At a “pivotal juncture” in the plant-based food industry’s development, the report sets out to move beyond entrenched “for or against positions” to find where the sector’s real challenges lie.

The report says that the plant-based food industry’s “explosion in popularity” has occurred at a time when there is a “global arms race around food innovation”. The billions of dollars being poured into the sector by food industry multinationals and private equity firms reflect how plant-based is now at the heart of this battle.

Candid picture
Extensive interviews with key industry stakeholders – some conducted anonymously – have enabled Lexington to produce a more candid and challenging picture of the plant-based industry than we have so far seen. It tests , for example, the near axiomatic assumption that the industry will continue untrammelled on its current, impressive growth trajectory (globally, the plant-based market has doubled in value in just four years).

The report notes that “a potential challenge identified by stakeholders is that the market could be nearing saturation point”. While more people are open to trying plant-based and vegan foods (and are doing so), only a minority say they are removing meat from their diets altogether. The frequency of plant-based eating occasions is, therefore, likely to be the major focus for the industry’s marketers in the coming years – unless we see more radical policy interventions (a meat tax, for example).

Other challenges for the plant-based sector flagged include increasing scrutiny of plant-based’s sustainability credentials, questions over nutrition and health (is plant-based simply an opportunity to rebadge ultra-processed foods, with an added health halo?) and – in the UK – unpredictable political and policy support.

The report highlights research findings suggesting that plant based eating habits tend to fall along party political lines. These show that “you are far less likely to eat this diet if you are male, conservative leaning, or among those who voted Leave in the EU referendum”.

“… the foods we eat stir strong opinions, and eating or a serving meat can be, and often is, framed as a moral decision”

Culture war trap
The report also asks if plant-based is the latest frontier in the culture wars. It notes that “the foods we eat stir strong opinions, and eating or a serving meat can be, and often is, framed as a moral decision”. It adds that meat is frequently used as a “symbol for masculinity and patriarchy, while sustainability is typically feminised”. As well as gender and ethical sensitivities, class and socio-economic fault lines also have to be navigated. There is the temptation in some circles to “pitch plant-based against meat, or sustainability against affordability”, the report notes.