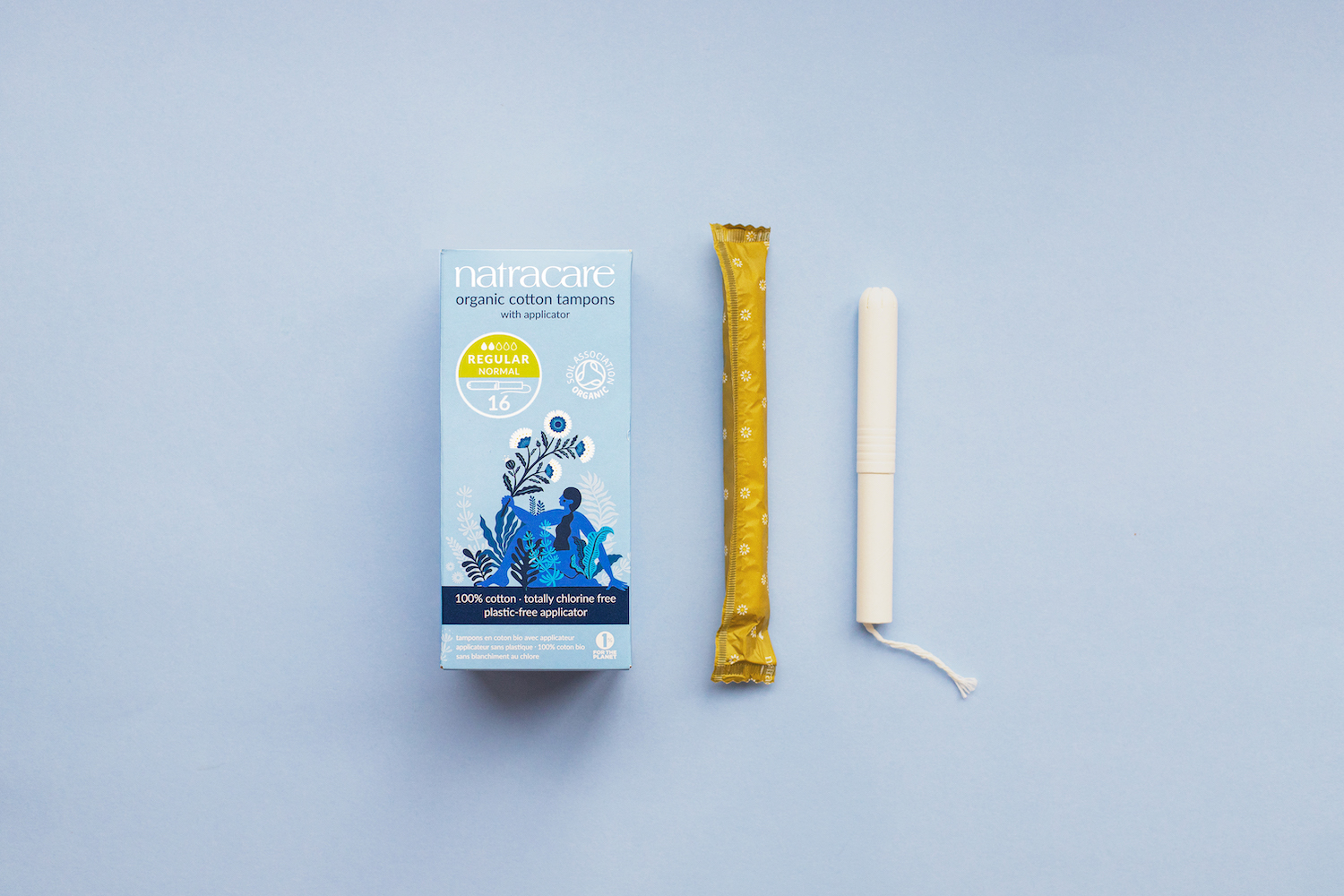 The Global Organic Textile Standard (GOTS), the leading textile processing standard for organic fibres, has introduced a new regulation which means only paper or cardboard tampon applicators are permitted under its updated standard.

The change, which is included in the latest version of the GOTS standard (released in 1 March 2021), follows “three years of active lobbying” by Susie Hewson, founder of pioneer organic period product company Natracare.

GOTS goes through revision processes every three years to ‘set stricter ecological and social criteria while maintaining relevance’. Natracare says the revised standard “will clamp down on greenwashing and help reduce unnecessary plastics in menstrual products, and the textile industry overall”.

In its bid to secure amendments to the GOTS standards, Natracare cited recent research by Greenpeace Laboratories, which revealed that tampon applicators sold as ‘plant-based plastic’ were actually polyethylene. This is the same material that plastic bottles, toothbrushes and normal oil-based tampon applicators are made from. Natracare says that since as little as 20% of the total ingredients can come from plants for a plastic to be labelled as ‘plant-based’ it is easy for brands to exploit green-minded consumers in their marketing.

“I was greatly disturbed to see the potential for the organic principles to be damaged by flagrant greenwashing by brands found manipulating version 5.0 of the GOTS standard”

The newly updated GOTS standard only permits paper or cardboard tampon applicators (synthetic veils are also prohibited). Users of GOTS have a one year transition period to fully comply with the new version of GOTS.

Susie Hewson says: “Having spent over 30 years campaigning for chemically clean and environmentally considerate cotton tampons, I was greatly disturbed to see the potential for the organic principles to be damaged by flagrant greenwashing by brands found manipulating version 5.0 of the GOTS standard. I am proud that our evidence and lobbying has had the influence to close those loopholes in version 6.0.”

Natracare says that the last five years has seen a huge increase in the number of menstrual products entering the organic market. But some of these have featured plastic veils, which Hewson says go “against the spirit of the organic regulations”. Natracare has been supported by the Soil Association in efforts to secure changes to the GOTS standard.