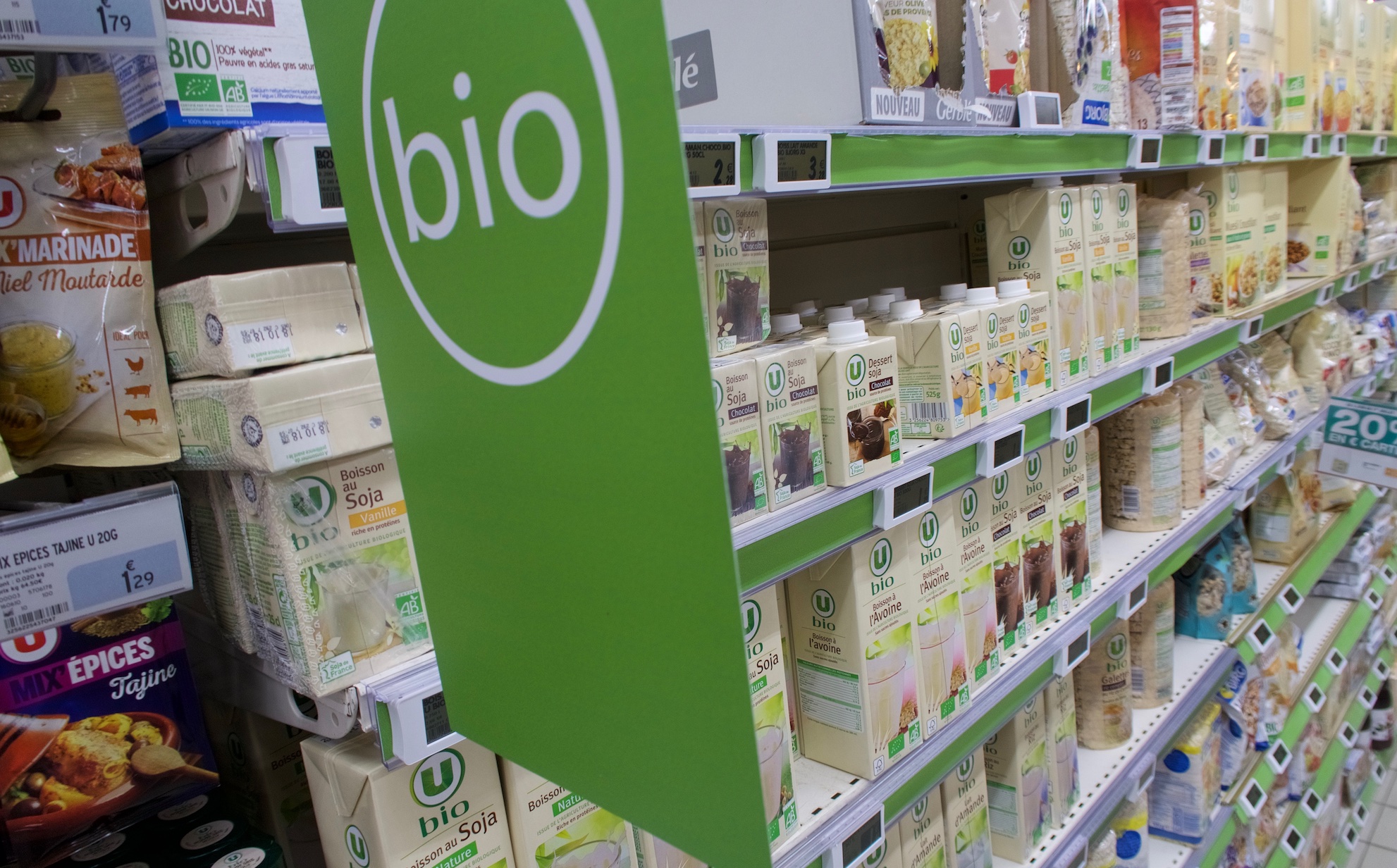 The organic market in France passed the  EUR13 billion mark in 2020 for the first time, according to a major new report from Agence Bio. The report also reveals that organic farmland in France has doubled in just five years, helping to ensure that two thirds of organic food sold in the country is produced domestically.

Agence Bio says its latest data highlights the continuing dynamism of the organic sector in France, confirmed by increasing consumption and production.

In 2020, there were 53,255 organic farmers, or nearly 12% of French farmers. Organic areas have doubled in 5 years to reach 2.55 million hectares, or 9.5% of the French agricultural area. Which makes it one of the most important organic growers in Europe.

In one year, employment has increased by 12% in the organic sectors

From production to distribution, there are more and more organic players. Compared to the previous year, their share increased by 13% in agricultural production (+ 5,994 organic farms) and by 12% downstream (+ 2,704 companies engaged in organic).

6.5% of food products consumed by the French are organic

In 2020, the organic market exceeded 13 billion euros for the first time. France occupies second place on the European market for the sector, behind Germany. In addition, the share of organic products – two thirds of which are French – in home food consumption increased by 12.3% to reach 6.5% in 2020. This places France just ahead of its Germanic counterpart.

Almost all areas of sales are showing growth. The strongest increases are mainly those of frozen foods (+ 30%) and beer (+ 33%). The only are of decline is catering. This sector, marked by the COVID-19 crisis and multiple lockdowns, recorded a drop in turnover of 32.3%. Purchases of organic products by out-of-home catering (RHD) lost 21 points over the same period compared to 2019.

The year 2020, marked by an unprecedented health crisis, and placed food at the heart of the concerns of the French. The progression of organic products is part of a general trend, says Agence Bio, which has been reinforced by the effects of the pandemic – “to consume differently”.