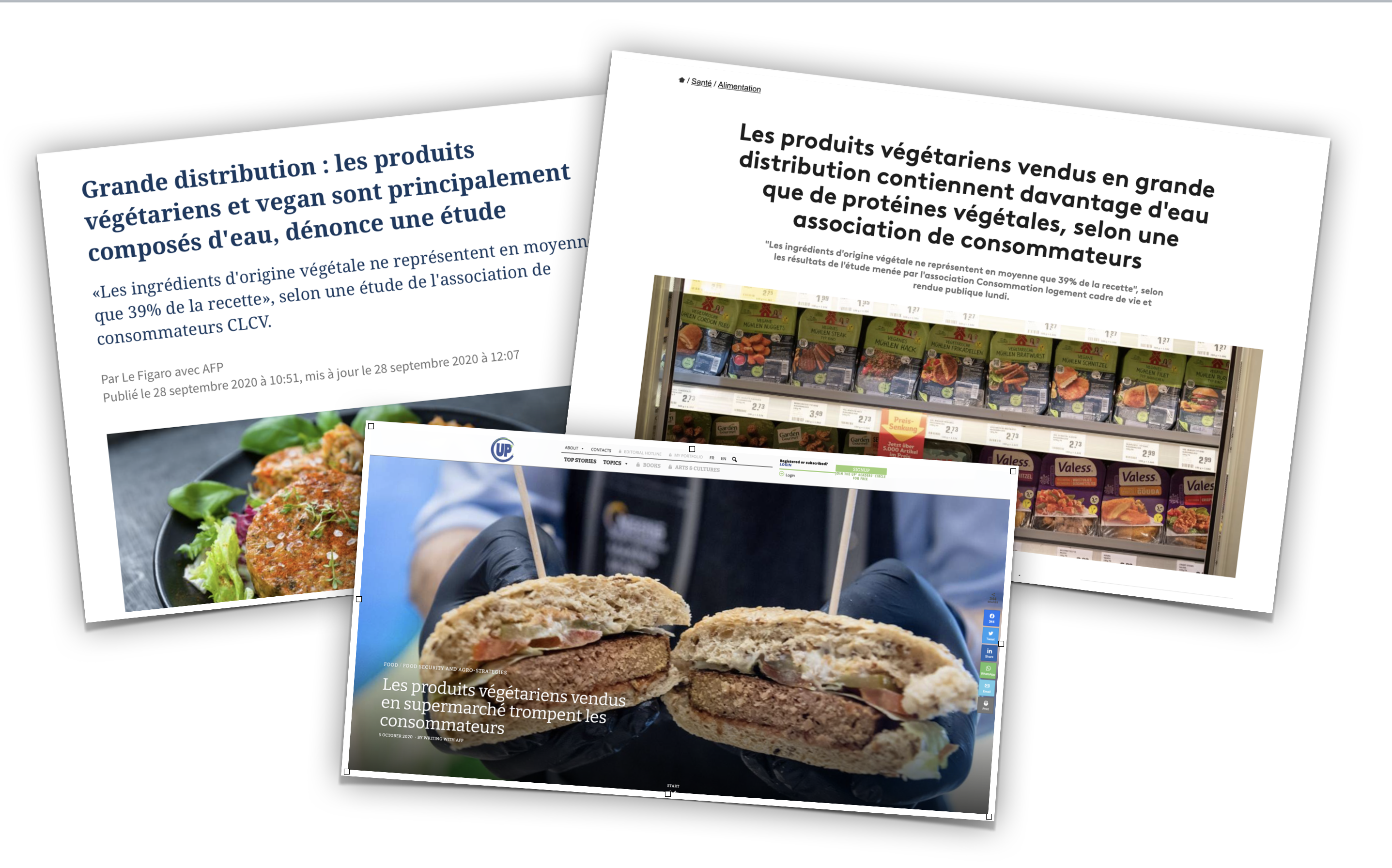 The French consumer body CLCV has claimed that that vegetarian and vegan food products sold in French supermarkets often contain more water and additives than vegetable protein. Moreover, it says, many of the products are ‘ultra-processed’, putting them in a category of food products increasingly associated with poor health outcomes.

CLVC recently evaluated 95 popular vegetarian and vegan products. It found that water was the main ingredient in more than half of the products studied, including vegetarian galettes (cakes or pancakes), meat analogues and breaded products.

Commenting on the findings, CLVC said “These are surprising results for products that have an image as healthy, but are actually ultra-processed”. The group said that vegan brands were unusually coy about their products’ nutritional credentials. Just 20% of the products studied displayed their nutritional profile, it said.

CLVC also commented on what it called a “lack of transparency” on product and ingredients provenance. “Only 19% of products specified their real origin on their packaging”.

But GEPV, a trade group representing French plant-based food brands, said CLVC had ‘misinterpreted’ the question of product composition. Commenting on the water content of products, the group said that the study findings “ignore a very simple fact: vegetable proteins are actually flours (peas, soybeans, beans or lupine, for example) which need to be rehydrated to form food products”. It adds that meat itself is around 70% water.

Commenting on the issue of texture, GPEV suggested that CLCV was again missing the point. It said that the additives identified in the study were used for very specific functions, such as enhancing texture – and all met safety standards required by the European Food Safety Agency.