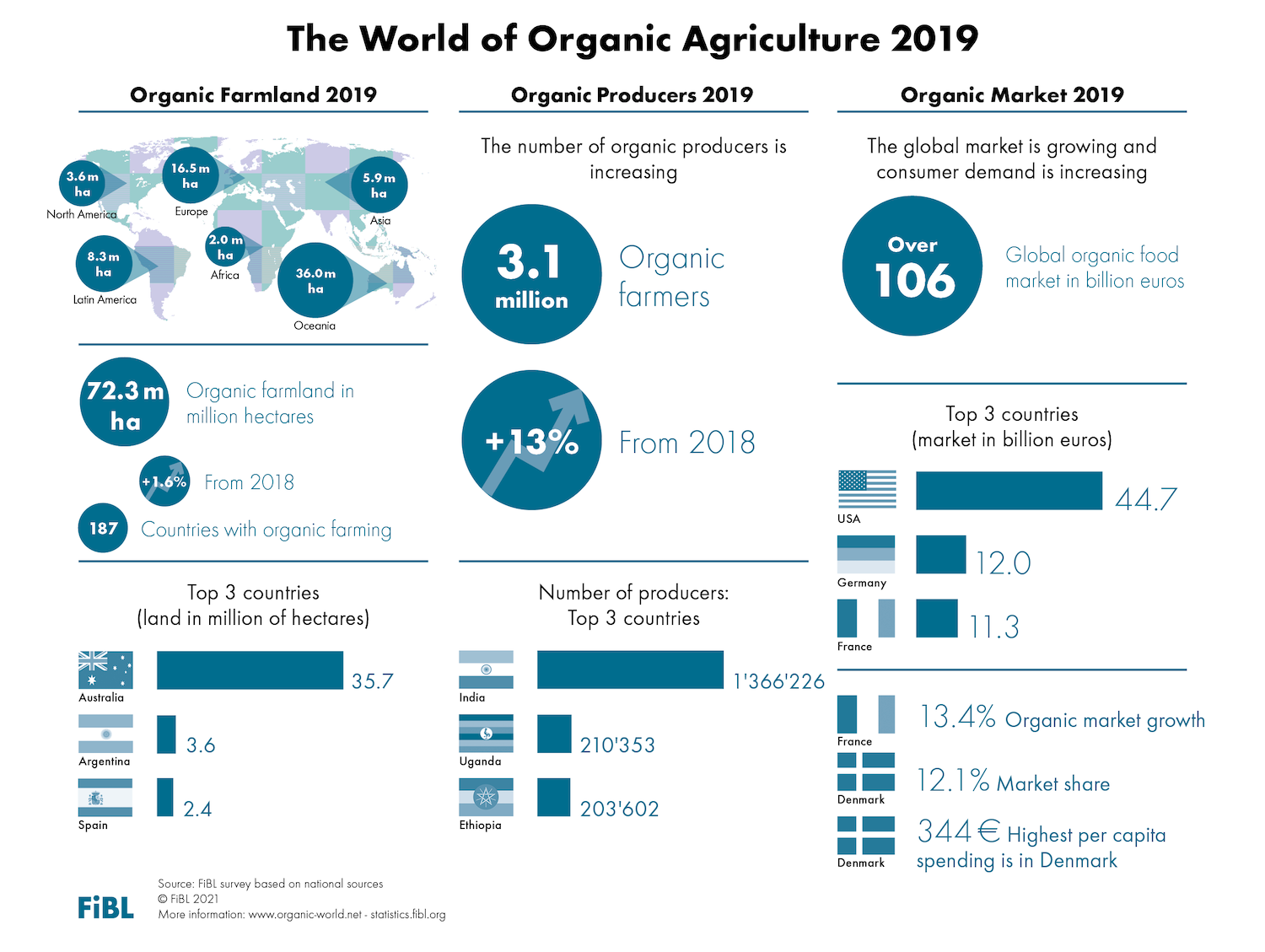 The global organic market continued on its recent growth path in 2019, according to latest edition of the The World of Organic Agriculture report published jointly by FiBL and IFOAM – Organics International.

The report’s publication today is timed to coincide with the first day of the 2021 Biofach event, which takes place this year as an ‘eSpecial’.

The global organic market continues to grow
The global market for organic food reached 106 billion euros in 2019. The United States is the leading market (44.7 billion euros), followed by Germany (12.0 billion euros) and France (11.3 billion euros). In 2019, many major markets continued to show strong growth rates; for example, the French market increased by more than 13%. Danish and Swiss consumers spent the most on organic food (344 and 338 euros per capita, respectively). Denmark had the highest organic market share, with 12.1% of its total food market.

Global organic statistics show ongoing engagement with transparency in the organic sector
“The global organic statistics have proven useful for international development cooperation programs and supporting strategies for organic agriculture and markets, and they are crucial for monitoring the impact of these activities. This publication shows our ongoing engagement with transparency in the organic sector”, says Louise Luttikholt, IFOAM – Organics International executive director. Knut Schmidtke, director of research, extension & innovation of FiBL Switzerland, adds “The yearbook is an outstanding reflection of the level of trust people around the world have in organic agriculture and its importance for nutrition, the environment and sustainable development.”

COVID-19 has resulted in a significant increase in demand for organic products in many countries but also challenges: “We expect to see the effect of the pandemic on the development of the sector with the 2020 data to be ready in a year’s time”, says Helga Willer, who is in charge of the yearbook at FiBL.