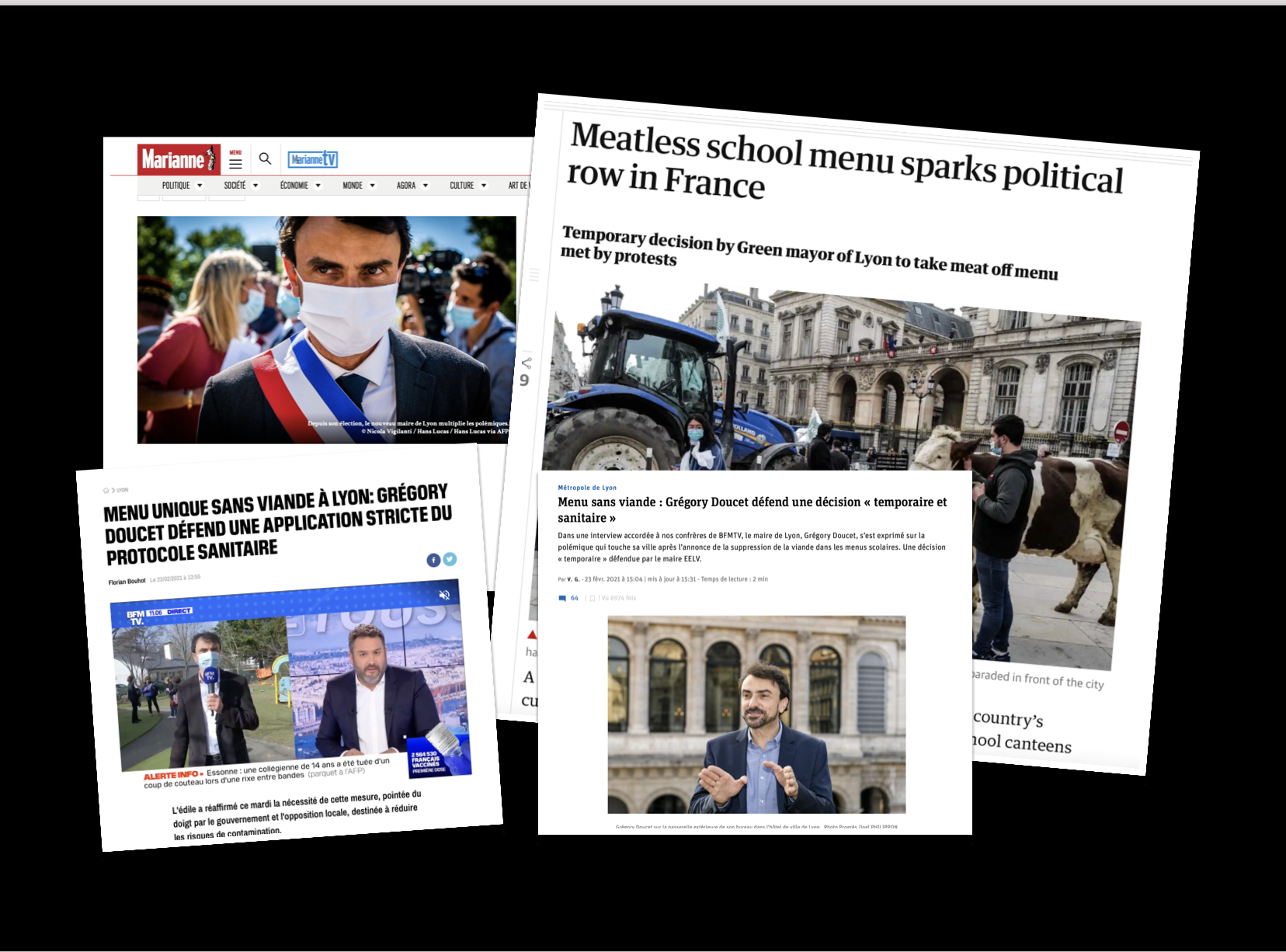 French livestock farmers joined protests in Lyon this week against the decision of the city’s Green mayor to temporarily take meat off the menu in school canteens.

Mayor Grégory Doucet says the move was a “practical” one, aimed at lowering Covid transmission risks in school settings. He says that physical distancing rules necessitated more sittings in school canteens and it could not serve 29,000 children in two hours if there was a choice of meat and vegetarian menus.

“Ideological and elitist”
But Government ministers have accused the mayor of “ideological” and “elitist” behaviour after the measure, which is also being studied by several other cities including Paris, came into force in Lyon’s schools on Monday.

Sensitivities around the growing push in France to adopt a more plant-based diet are especially strong in Lyon, which prides itself on being a centre of gastronomy with a centuries-old meat and dairy tradition.

Farmers accuse Doucet, one of a number of Green politicians to win control of major French cities in elections last year on a wave of public concern over intensive farming and other environment issues, of politicising children’s nutrition.

Comments by the country’s environment minister, Barbara Pompili, hint at a spit in the cabinet on the issue. During a visit to a school canteen this week she called the Lyon debate “prehistoric”.

France’s agriculture minister, Julien Denormandie, told French radio: “Let’s stop putting ideology on our children’s plates. Let’s just give them what they need to grow well. Meat is part of it.” Her later added that the city of Lyon’s decision was “nutritionally aberrant and socially shameful”.

“Prehistoric” debate
Lyon’s mayor has since hit back. He told local media :” “What is aberrant is that a minister of agriculture and food is so badly informed.”

Comments by the country’s environment minister, Barbara Pompili, hint at a spit in the cabinet on the issue. During a visit to a school canteen this week she called the Lyon debate “prehistoric”.