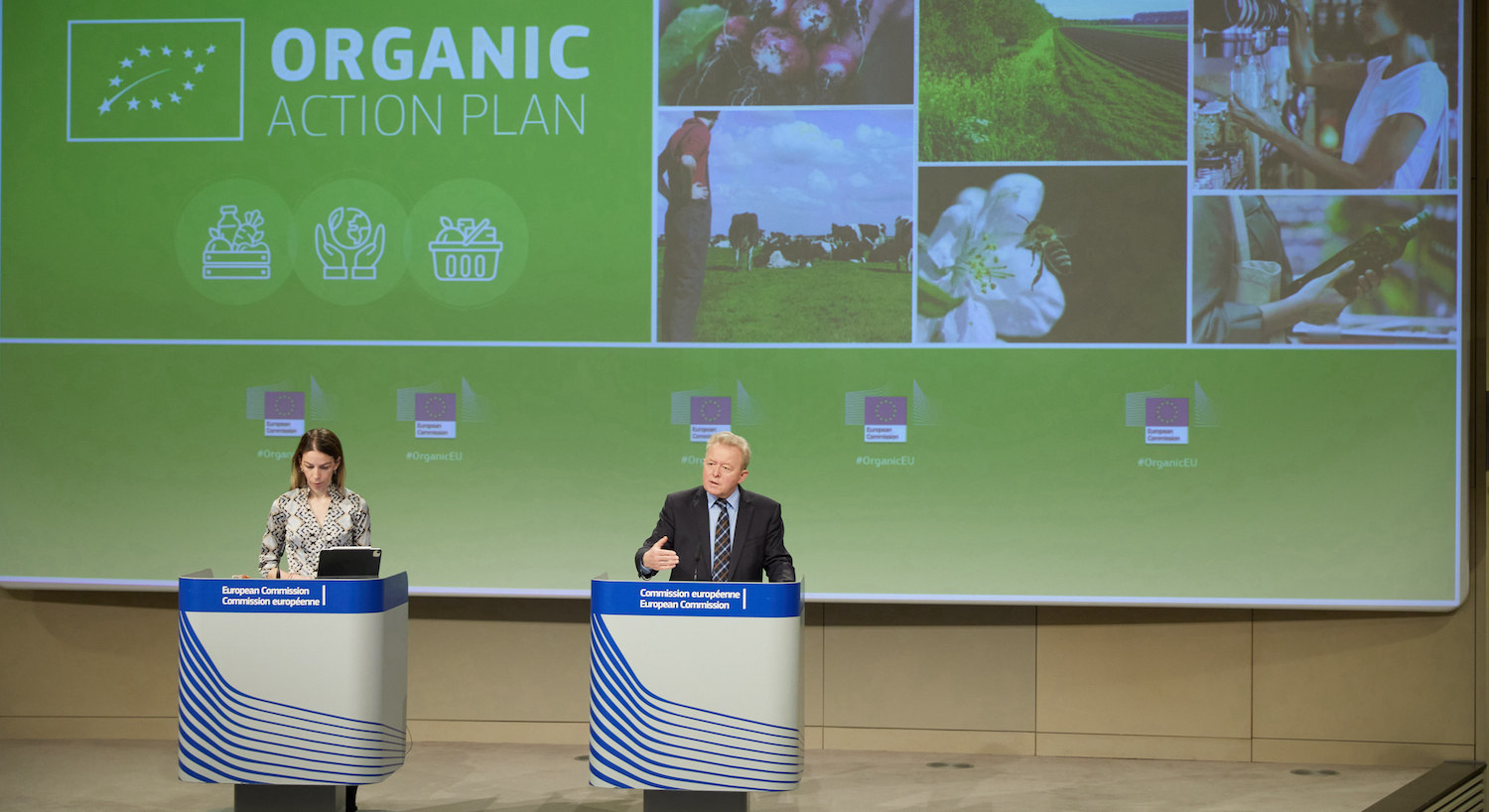 The European Commission today launched its EU Organic Action Plan, which it says will help the bloc reach its stated ambition to have 25% of EU farmland under organic systems by 2030.

The Action Plan forms part of the EU’s European Green Deal initiative and was announced at the publication of the Farm to Fork and Biodiversity strategies in May 2020.

The Commission says the Action Plan is designed to provide the organic sector with the “right tools” to achieve the ambitious 25%-organic-by-2030 target (organic’s share of EU farmland is currently 8.5%), announced last year. It sets out 23 actions structured around 3 axes – boosting consumption, increasing production, and further improving the sustainability of the sector – to promote “balanced growth of the sector”.

Increase production
Presently, about 8.5% of EU’s agricultural area is farmed organically, and the trends show that with the present growth rate, the EU will reach 15-18% by 2030. The Action acknowledges the need to “make an extra push to reach 25%”. While the Action Plan largely focuses on the “pull effect” of the demand side, the Common Agricultural Policy will remain a key tool for supporting the conversion. Currently, around 1.8% (€7.5 billion) of CAP is used to support organic farming. The future CAP will include eco-schemes which will be backed by a budget of €38 – 58 billion, for the period 2023 – 2027, depending on the outcome of the CAP negotiations. The eco-schemes can be deployed to boost organic farming.

Improve sustainability
The Action Plan also aims to further improve organic farming’s performance in terms of sustainability. To achieve this, actions will focus on improving animal welfare, ensuring the availability of organic seeds, reducing the sector’s carbon footprint, and minimising the use of plastics, water and energy.

“To achieve the 25% of organic farming target, we need to ensure that demand drives the growth of the sector while taking into account the significant differences between each Member State’s organic sectors”

A nudge for Member States
The Commission is encouraging individual Member States to develop their own national organic action plans to increase their national share of organic farming. It notes the current sharp variation between EU countries in organic’s share of total farmland – 0.5% to over 25%. The national organic action plans will complement the national CAP strategic plans, by setting out measures that go beyond agriculture and what is offered under the CAP.

Speaking at today’s launch press conference, Agriculture Commissioner, Janusz Wojciechowski, said: “The organic sector is recognised for its sustainable practices and use of resources, giving its central role in achieving the Green Deal objectives. To achieve the 25% of organic farming target, we need to ensure that demand drives the growth of the sector while taking into account the significant differences between each Member State’s organic sectors. The organic Action Plan provides tools and ideas to accompany a balanced growth of the sector. The development will be supported by the Common Agricultural Policy, research and innovation as well as close cooperation with key actors at EU, national and local level.”