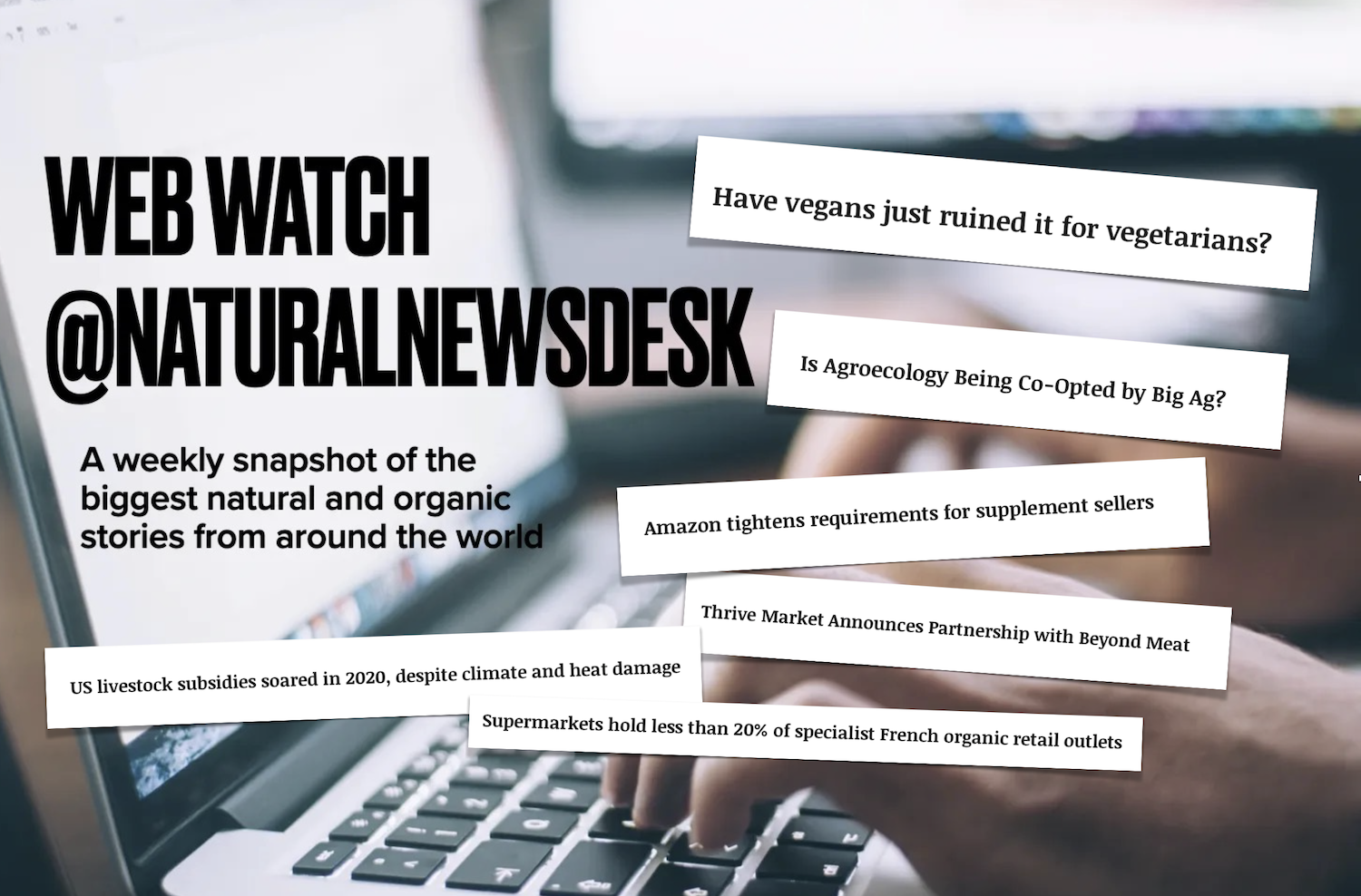 French supermarket chains hold less than 20% of the specialist organic store base in the country, the food industry website lineaires.com reports.

The finding comes on release of the 2021 Linéaires Planogram, which takes stock of the entire specialist organic retail scene – from Naturalia to Cœur de Nature via Le Marché bio Leclerc. This shows, that of 2,000 individual specialist organic outlets, just 400 are owned by supermarkets distributors. Of these, the Casino group alone owns 60%. Its Naturalia brand leads the pack with 238 units.

The Carrefour group ranks second among general retailers, but shows the strongest growth among the non-specialist. With just 13 Carrefour Bio three years ago, it now has more than 150 stores following acquisitions including So.bio in 2018 and Bio c’Bon at the end of 2020.

Have vegans just ruined it for vegetarians?

The Guardian reports on the “low-level” animosity that has broken out between vegans and vegetarians. Vegetarians, the UK newspaper reports, have been asking ‘who moved my cheese’, as vegetarian options on restaurant menus are rapidly displaced by more zeitgeisty vegan interpretations. Gone are our halloumi burgers, sour cream-dressed burritos or blue cheese and mushroom wellingtons, lament “grumpy” vegetarians. Allegedly.

“It’s not that vegetarian has become cool or uncool, there just doesn’t seem to be an opinion about it. It’s forgotten,” Andrew Dargue, who until recently ran the vegetarian London restaurant Vanilla Black, tells the paper.

Amazon is again tightening requirements for supplement sellers on its platform, reports nutraingredients.com

The tech giant has updated its requirements for dietary supplements, with notable changes to Certificates of Analysis (CoA) issued by in-house laboratories. As reported by NutraIngredients-USA in March, Amazon was seeking a CoA from an ISO/IEC 17025 accredited laboratory (in-house or third party) for each dietary supplement being applied to list.

In late April, Amazon stated that in addition to the CoA from an ISO/IEC 17025 accredited laboratory, a finished product CoA may also be issued by an in-house laboratory that is compliant with current good manufacturing practices (cGMPs).

Loren Israelsen, president of the United Natural Products Alliance told nutraingredients.com that she regarded the development as a “significant improvement”, while Aaron Secrist, executive vice president of quality, R&D and operations, at NOW Health Group, said it was “the right call”.

Is Agroecology Being Co-Opted by Big Ag?

The new site reports that many agroecology advocates are worried about the impact that a “broadening” of the concept is having. Some argue thy agroecology is increasingly being co-opted by those within the very system it sets out to change. Recently, a coalition of academics who are members of the Agroecology Research-Action Collective announced a boycott of a major agroeclogy summit with a petition calling on their peers around the globe to do the same. They say non-government organization (NGOs), global governments, and corporations are cherry picking agroecological principles to make small changes to inherently destructive systems while perpetuating the power imbalances the paradigm seeks to disrupt.

US livestock subsidies soared in 2020, despite climate and heat damage

Farm subsidies and bailouts for animal agriculture companies in the US  “skyrocketed in 2020 to continue to prop up the carbon-intensive and health damaging industry”, new data has revealed. Describing the coronavirus-stricken period as a “blowout year” for the sector, sustainable farm policy nonprofit Agriculture Fairness Alliance (APA) is calling for American tax dollars to be better spent on accelerating the much-needed transition to a climate-friendly food production.