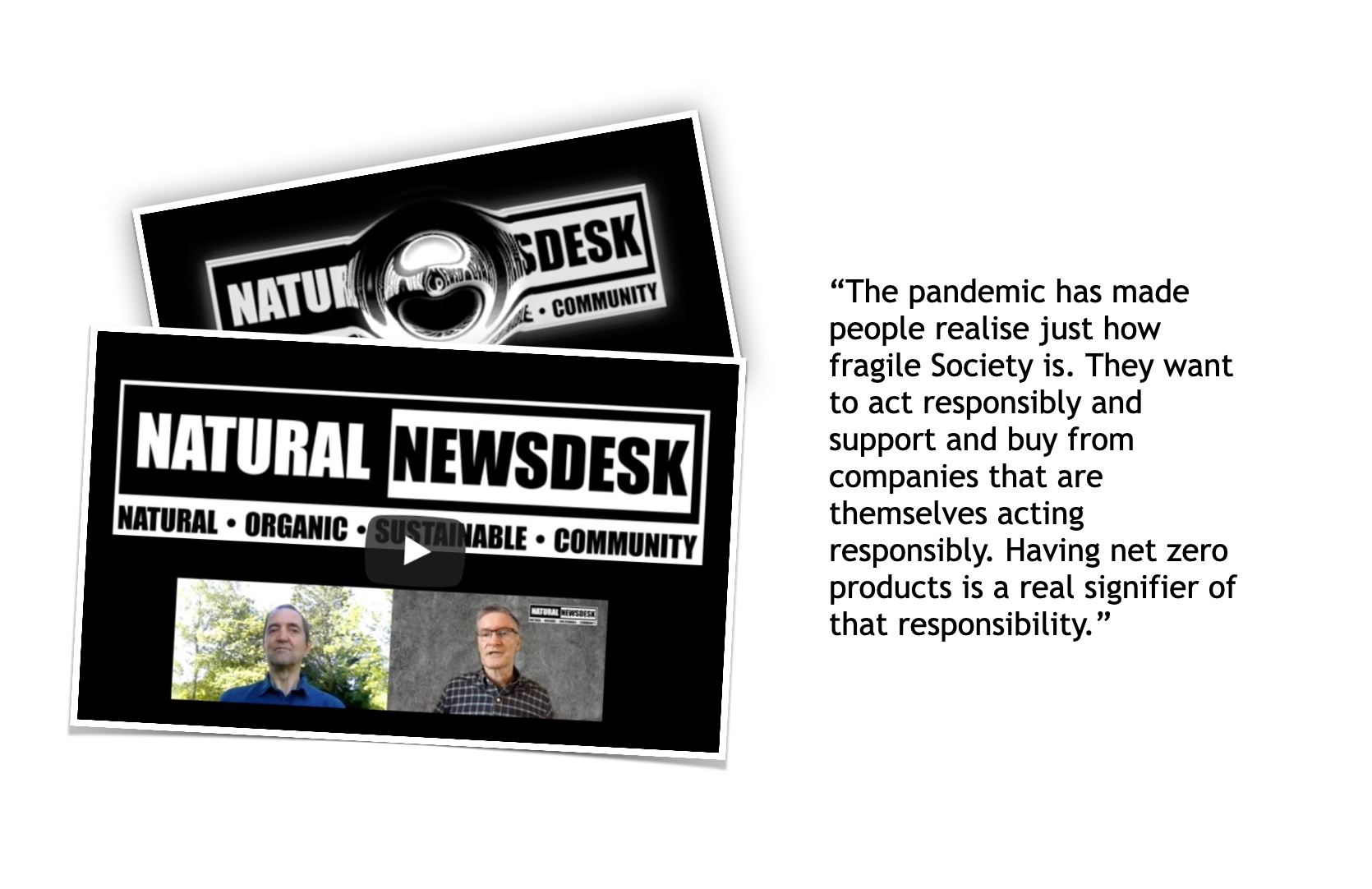 Achieving net zero is the “biggest lifetime goal for anyone in the food industry” says the founding director of organic and sustainable food pioneer Alara Wholefoods, Alex Smith.

The comment comes in a video interview Smith gave to Natural Newsdesk to mark the beginning of Net Zero Week (17-23 July), a national awareness promotion aimed at driving awareness about why getting to Net Zero will be crucial in the battle to limit the impacts of climate change.

“For the last 45 years we have been reducing dependence on fossil fuel. We’ve gone plastic-free, organic, zero waste and we only run electric vehicles . The culmination of this, is the recently launched Alara Net Zero Food range, where we calculate the embedded CO2 in the ingredients, as well as how it is produced. We’re also working now on a new consulting company (Net Zero Carbon Consulting) with Westminster University and Rainforest Saver, our partners in achieving the Net Zero food Range launch.”

Commenting on the need for the wider food industry to move towards its own net zero goals, Smith comments: “Leaders in the food industry are human. They know know that unless we achieve net zero, society is facing a disaster. Consumers also now expect action from business. The pandemic has made people realise just how fragile Society is. They want to act responsibly and support and buy from companies that are themselves acting responsibly. Having net zero products is a real signifier of that responsibility.”

Dimbleby mistake
Decisive Government action is also needed if vital net zero goals are to be met, Smith says. “I think that Henry Dimbleby in the National Food Strategy, released last week, made a bit of a mistake. Instead of proposing  a tax on fat and sugar he should have suggested taxing the energy that goes into producing that fat and sugar. I think that would have been a much more appropriate way of taxing these high calorie foods. And one that even Joe Biden might accept when we come to agreeing a trade deal with the United States!”

0 comments on “Net zero: “The biggest lifetime goal for anyone in the food industry’”