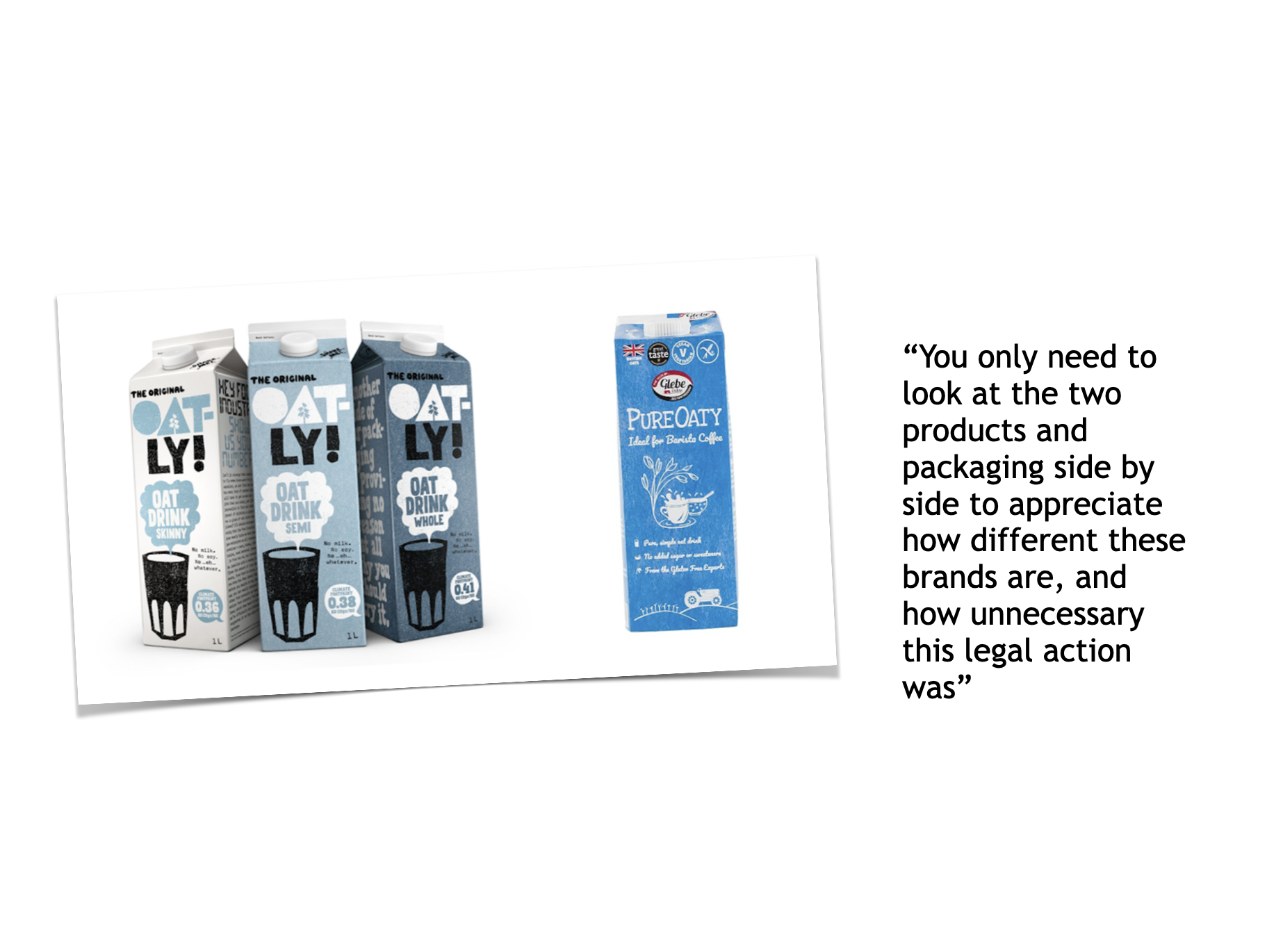 Global oat milk brand Oatly, valued at $10 billion at its IPO earlier this year, has lost its trade mark infringement case against Glebe Farm Foods, the UK owner of the PureOaty brand.

A judge at London’s High Court today dismissed all of Oatly’s claims that Cambridgeshire-based Glebe Farm, which specialises in gluten-free oats, infringed trademarks including the Oatly brand name and pack design.

Passing off claim
Lawyers for Oatly argued that Glebe Farm, which rebadged its Oat Drink product as PureOaty in 2020, intended “to bring Oatly’s products to mind”, therefore benefiting from Oatly’s brand. They also claimed that the PureOaty name was similar to Oatly, and that product’s blue packaging and tea cup imagery amounted to ‘passing off’ the beverage as Oatly.

Oatly’s decision to take PureOaty’s owner to court was widely criticised within the plant-based community and drew accusations that the Malmo-heaquartered company was “bullying” its tiny-by-comparison competitor.

The high profile case led to the setting up of a change.org petition urging Oatly to call off its inunction, which was signed by over 130,00 people.

Complete victory
Welcoming today’s verdict as a “complete victory”, Phillip Rayner, owner and managing director of Glebe Farm said: “It is enormously gratifying that the judge has ruled in our favour, and to see that smaller independent companies can fight back and win.”

He went on: “We have had the threat of this court case – which has pitched our challenger brand against Oatly’s multinational business – looming over us for more than a year. We have always felt certain that we have done nothing wrong, and we were determined to fight Oatly’s claims that our brands were similar – something that is now proven to be wrong.

“You only need to look at the two products and packaging side by side to appreciate how different these brands are, and how unnecessary this legal action was.

“We greatly appreciate the huge support that PureOaty and Glebe Farm have received from around the world. This has been a true David and Goliath battle.”