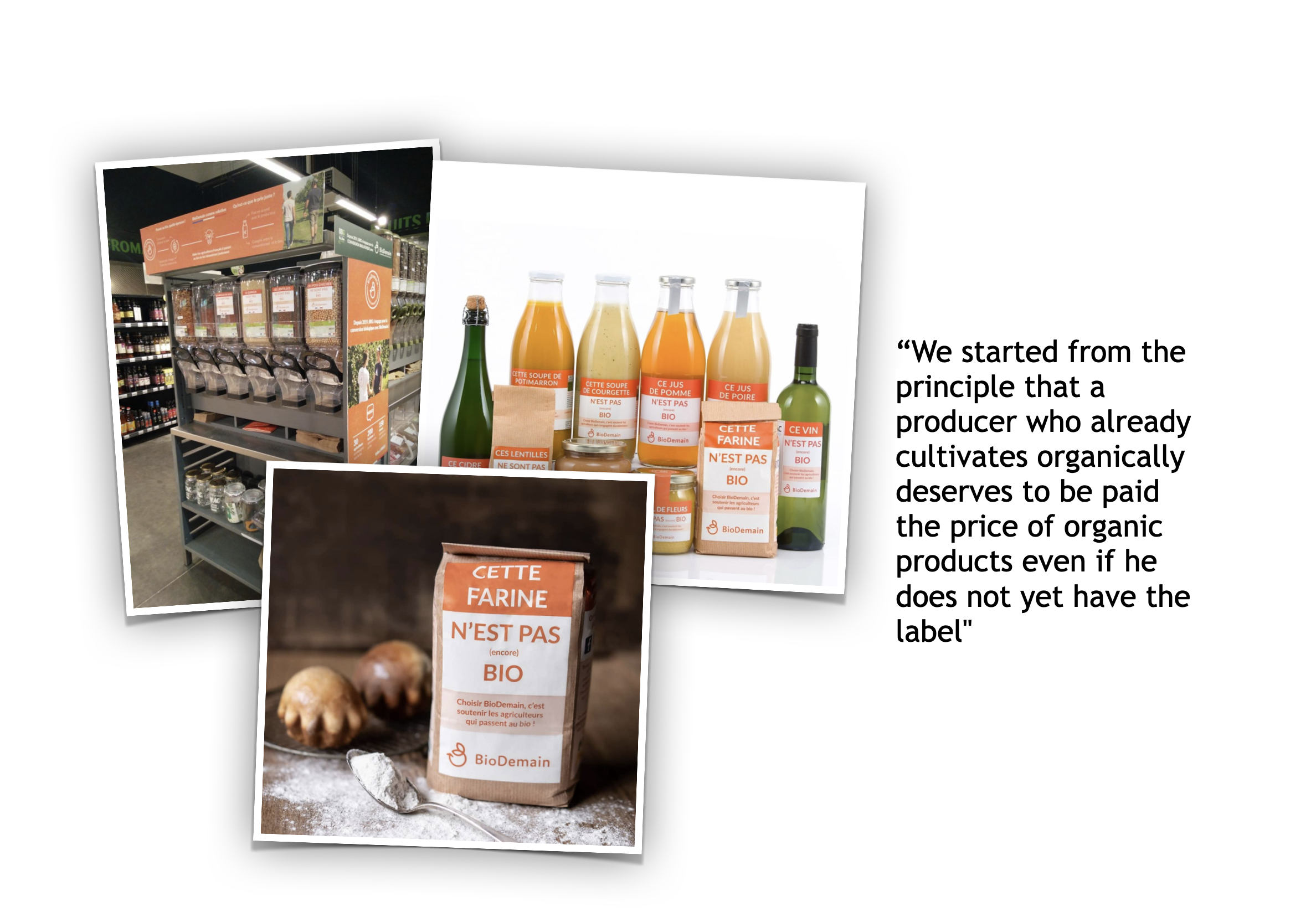 What’s going on? Well, these are just some of the lines in a quickly growing range of food products from French startup BioDemain (organic tomorrow).

Launched in 2018 by Lille-based founders Delebassé Stephane and Maxime Durand, BioDemain aims to build a market for farmers who are in organic conversion, a testing two or three year process that can produce real financial pressures as producers invest in new equipment, labour and processes but must sell their produce at conventional prices.

The idea for BioDemain came to Durand after his uncle has stopped converting to organic because of “complications, a drop in yield and financial stresses”. For Durand and Stephane, this came as a shock. “Seeing producers who want to do the right thing not getting to end,” as Durand told Lille Actu. “We started from the principle that a producer who already cultivates organically deserves to be paid the price of organic products even if he does not yet have the label”, he explained.

BioDemain, which operates as a social enterprise, steps in to secure farmers fair prices (on average 80% higher than conventional rates) and keep in-conversion farmers on their sustainability path.

BioDemain’s growing branded range of dried goods, soups, sauces and food cupboard staples is now available in retailers across France, including a growing presence in the leading Naturalia, NaturéO and Biocoop chains. Boldly branded, the products often have their own fixtures in-store, accompanied by compelling ‘explainers’ setting out the BioDemain’s four main principles of fair prices, sustainability, support for local growers and total transparency.